skip to main | skip to sidebar

Nikki and Jaime were wonderful to work with and so kind.  They were so open to ideas and had some beautiful visions of there own. They had a gorgeous location at The Blithewold Mansion in Bristol, RI, and a beautiful day completed the stunning backdrop of the water.  They started their day with getting ready at The Marriott in Providence with the team from Salon KG.  Once the wedding party was ready, they headed off via trolley to pictures by Lisa Frechette and first look at the State House.  After the first look, they headed off to Blithewold for more photos.  Guests were welcomed into the gardens for the ceremony and after to the reception with tent decor provided by Exquisite Events and flowers by Studio 539.  The wedding was catered by Blackstone Catering and the dance floor was packed with sounds from the band, Boston Common. Many enjoyed the photobooth from Photobooth Planet, and the delicious cake from Confectionery Designs. Congratulations to Nikki and Jaime! 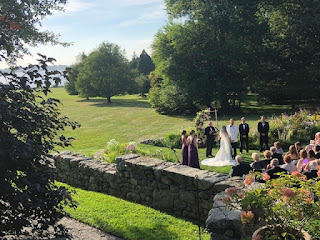 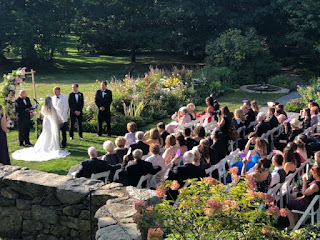 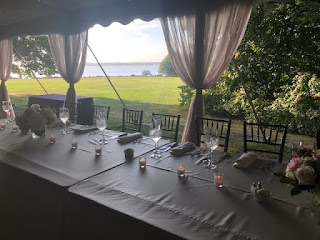 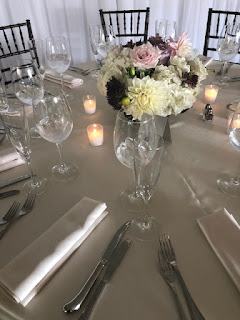 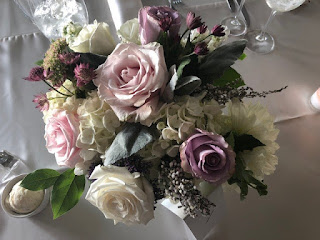 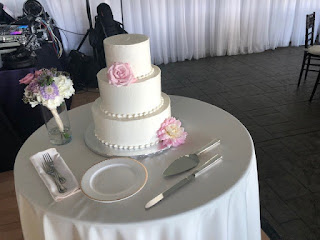 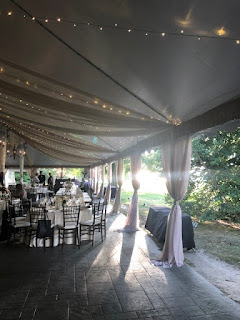 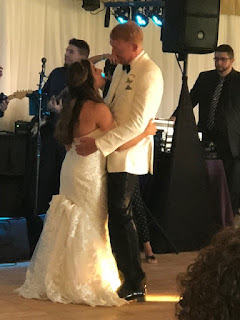 Posted by Planned to Perfection at 10:25 AM

I have known Hillary for many years, and have watched her grow into a remarkable woman. She holds a special place in my heart so when she asked me to help her with her wedding, I don't think I could have said yes any faster.  Hillary's family owns a dairy farm, and she wanted this to be where her reception be held. She is living in Kansas, so it made her trips to RI short and far between, however, she had her mind on accomplishing many tasks each time she was home. Hillary assisted me with many weddings in her high school days, so she had a pretty clear vision of what she did and did not want. Family was the most important part of Hillary and Porter's day.  The ceremony was at the First Baptist Church in East Greenwich, with Porter's Dad being a pastor at his church in Nebraska, they knew they wanted him to be included in the service.  After the church, everyone headed to the farm for the reception.  Hillary had beautiful Gerber Daisy's in all of her centerpieces. She also had wood chopped and brought their own meat from Kansas.  The desserts were Allie's Donuts, which were gone as soon as they were out. I was so blessed to be a part of this day. Congratulations Hillary and Porter! 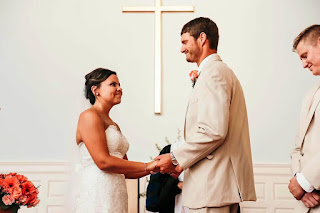 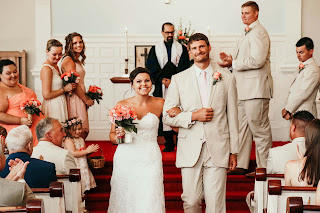 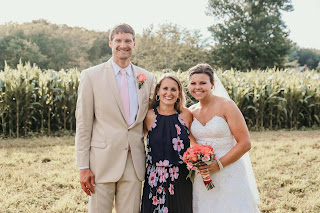 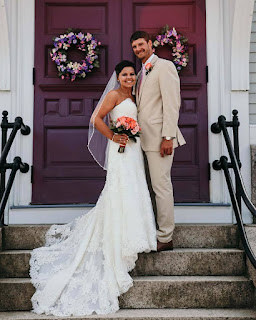 Posted by Planned to Perfection at 10:52 AM

Elizabeth and Walker's Newport wedding was very unique to me in so many ways. Both ceremony and reception were held at Greenvale Vineyards on a gorgeous June day. Elizabeth's brother composed the music that the wedding party would walk down the aisle to and even hired a small orchestra to play his composition. It was absolutely amazing and breathtaking. Elizabeth had created a newspaper with pencils for each guest while they waited for the ceremony to begin, so they would not be bored.  Once, the ceremony was over guests headed down to the water for the reception. Elizabeth and Walker hired a company to do Flip Books as a gift to their guests, and it was completely entertaining. Guests enjoyed wonderful food from Blackstone Catering and the decor from Exquisite Events was simply Elegant. The fun cake from Confectionery Designs, was fun and definitely complimented the couples personality. The wedding ended with a bang, it's own thunder storm to finish the night! Congratulations and Best Wishes to Elizabeth and Walker. 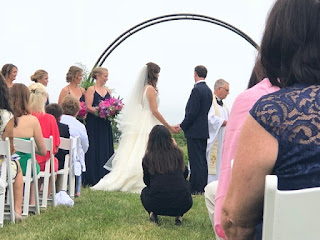 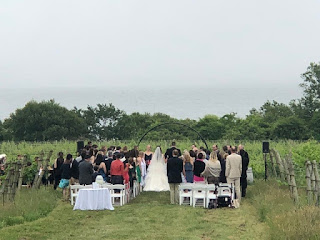 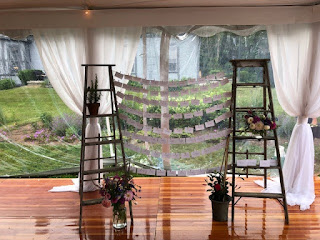 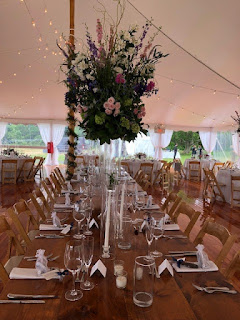 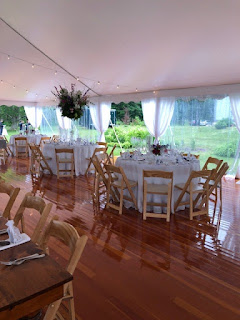 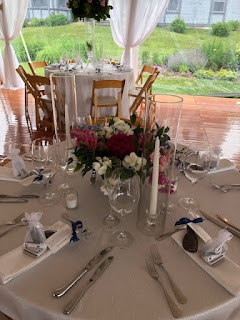 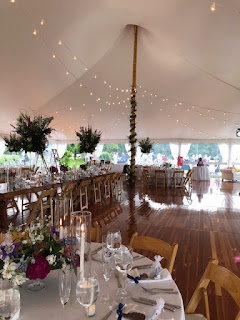 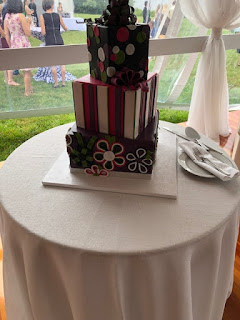 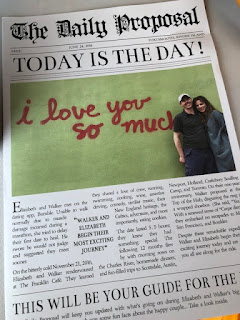 Posted by Planned to Perfection at 10:12 AM